If you’re shopping for an SUV, chances are you want a family vehicle that’s practical, powerful, and comfortable—all at once. Commonwealth Motors in Lawrence, MA is your source for the latest and greatest SUVs, including the Honda Pilot, Chevy Traverse, Kia Sorento, Nissan Pathfinder, and Volkswagen Touareg. Lowell and Methuen drivers are sure to appreciate all these powerhouses have to offer, specifically their engine and towing specs, ultra-modern features, and cargo space. Read on to learn more about our dazzling lineup of 2017 SUVs!

Schedule A Test DriveExplore Our Inventory

Offering impressive specs, interior space, and features, it’s no wonder the 2017 Honda Pilot was named a Kelly Blue Book Best Buy Award winner. Starting at $30,595 (MSRP),* the Pilot sports a 280-hp 3.5L V6 engine with Eco Assist System, and a 6- to 9-speed automatic transmission. With two-wheel drive, the Honda Pilot tows up to 3,500 pounds, while all-wheel drive shoulders 5,000 pounds total. Additional space of up to 109.0 cubic feet is available behind the first row, thanks to a hassle-free split-folding function for the second and third rows. Leather appointments, a 540-watt sound system, and Honda Sensing are all available options. See the 2017 Honda Pilot for yourself at Commonwealth Honda. 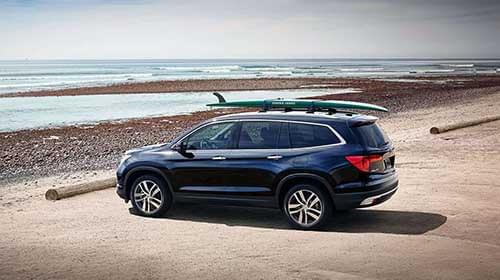 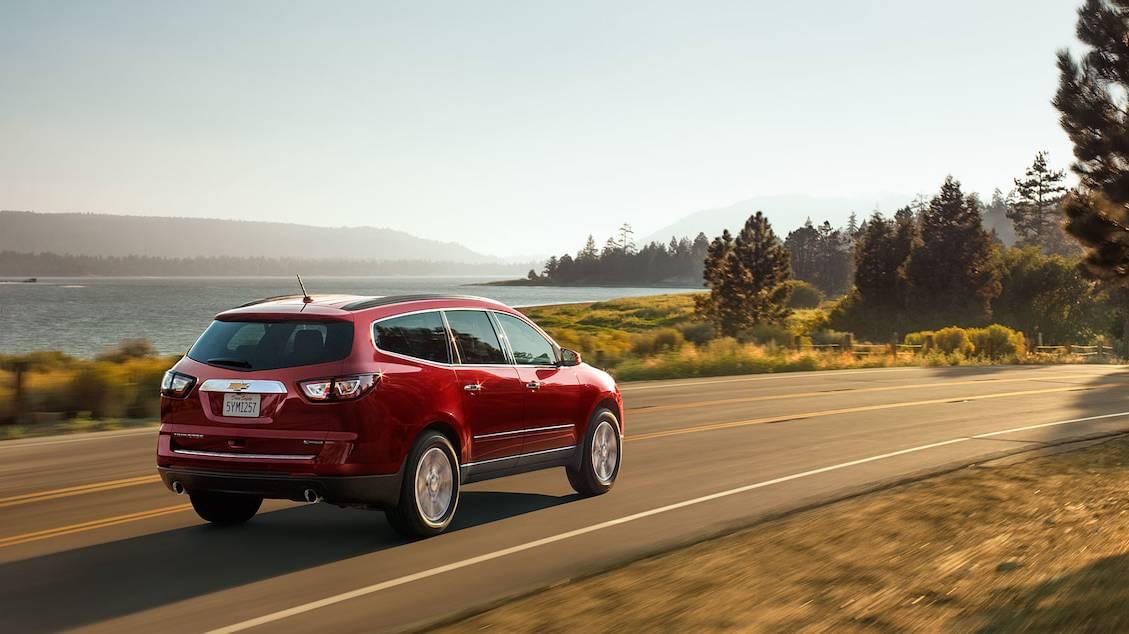 As capable as it is stylish, the 2017 Chevy Traverse draws its power from a 6-speed automatic and a 281-hp V6 engine. Properly equipped, the Traverse tows up to 2,000 pounds. For all its power, the Traverse doesn’t neglect fuel-efficiency, and earns a 15 mpg city/18 mpg highway rating with front-wheel drive. Starting at $29,595 (MSRP), the Chevy Traverse exemplifies the affordable family vehicle with 7- to 8-passenger seating and a maximum cargo capacity of 116.3 cubic feet. A few of its most exciting features include OnStar telematics, a rearview camera, an optional 10-speaker sound system, and an optional Cargo Convenience Package. Visit Commonwealth Chevrolet and get yours today.

The 2017 Kia Sorento starts at $25,600 (MSRP), and is offered in seven feature-packed trims. Drivers have a choice of three engines: a 185-hp 4-cylinder, a 290-hp V6, and 240-hp turbo 4-cylinder. With front-wheel drive, the Sorento achieves a maximum 21 mpg city/28 mpg highway rating, while all-wheel drive shaves off just 3 mpg on the highway. Depending on the powertrain you select, the Sorento SUV’s towing capacity maxes out at 2,000 or 5,000 pounds. The cabin offers room for up to seven passengers, as well as handy split-folding rear seats. Fold the third row down in the five-passenger model for up to 73.5 cubic feet of cargo space. Experience the 2017 Kia Sorento at Commonwealth Kia. 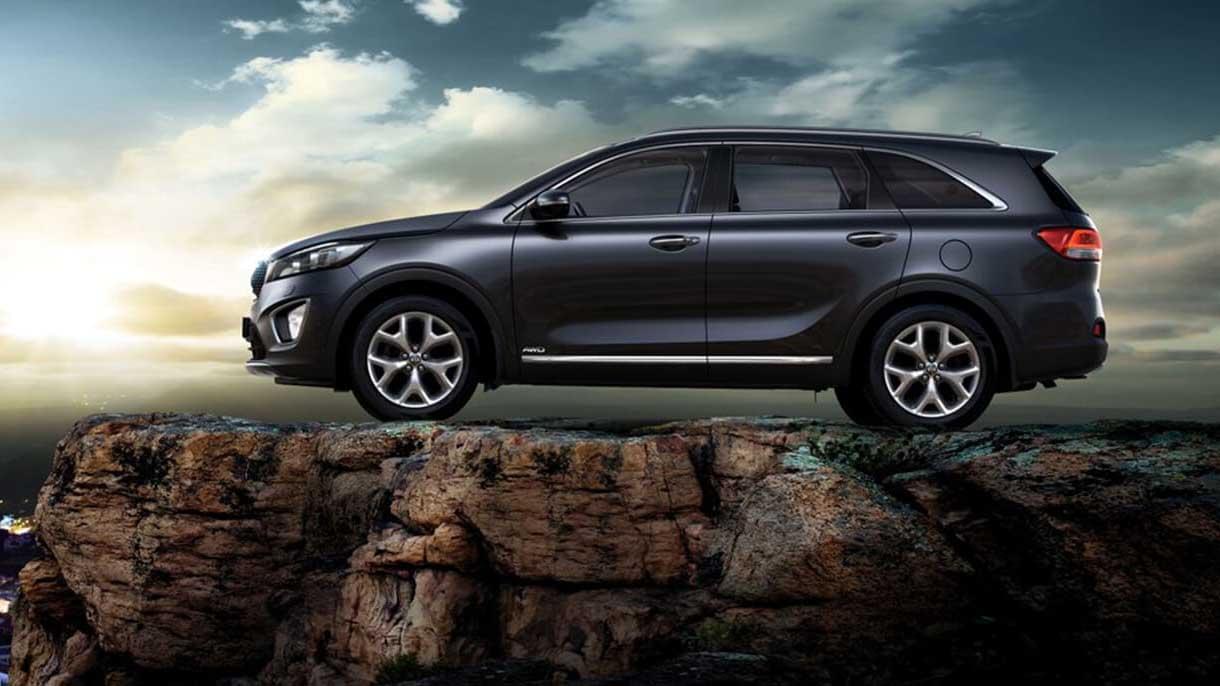 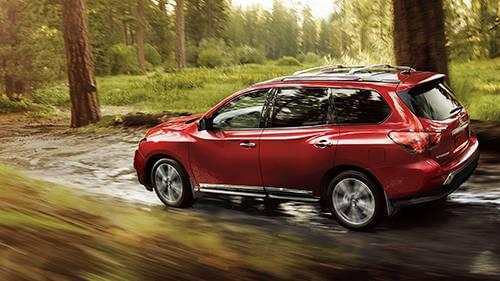 Starting at $30,290 (MSRP), the 2017 Nissan Pathfinder conquers rough conditions with Dual Flow Path shock absorbers, all-season tires, and optional all-wheel drive. Coupled with a CVT and all-wheel drive, the 284-hp V6 engine produces 259 lb-ft of torque, and earns a 19 mpg city/26 mpg highway rating. Not to mention, the Pathfinder can tow a whopping 6,000 pounds. Inside, you’ll be greeted by an Advanced Drive-Assist Display, an 8-inch infotainment screen, and NissanConnect. Perfect for daily errands or family trips, the EZ FLEX Seating System lets you fold the second and third rows for up to 79.8 cubic feet of space. The 2017 Nissan Pathfinder awaits you at Commonwealth Nissan.

The 2017 VW Touareg—starting at $49,495 (MSRP)—brims with capability and must-have features at a price that won’t break the bank. Its three trims come furnished with a 280-hp V6 engine, and earn an EPA-estimated 17 mpg city/23 mpg highway rating. Properly equipped, the Touareg tows a maximum 7,716 pounds, while the cargo area expands to 64.0 cubic feet for more storage. The cabin offers hours of entertainment with an 8-inch touchscreen, SiriusXM Satellite Radio, and an optional 620-watt sound system. What’s more, this SUV earned top “Good” ratings in IIHS crash testing, including moderate overlap front and side tests. Choose your 2017 Touareg at Commonwealth Volkswagen. 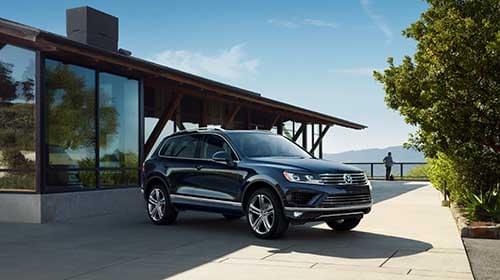 Find Your Next SUV Near Methuen and Lowell!

Whether you’re shopping for an SUV that’s fuel-efficient and roomy, or powerful and tow-ready, Commonwealth Motors has you covered. Stop by one of our five locations in Lawrence, MA to see the latest Honda, Chevrolet, Nissan, Kia, or Volkswagen SUVs up close. If you’d like to schedule a test drive, or simply have a question, feel free to contact us any day of the week.